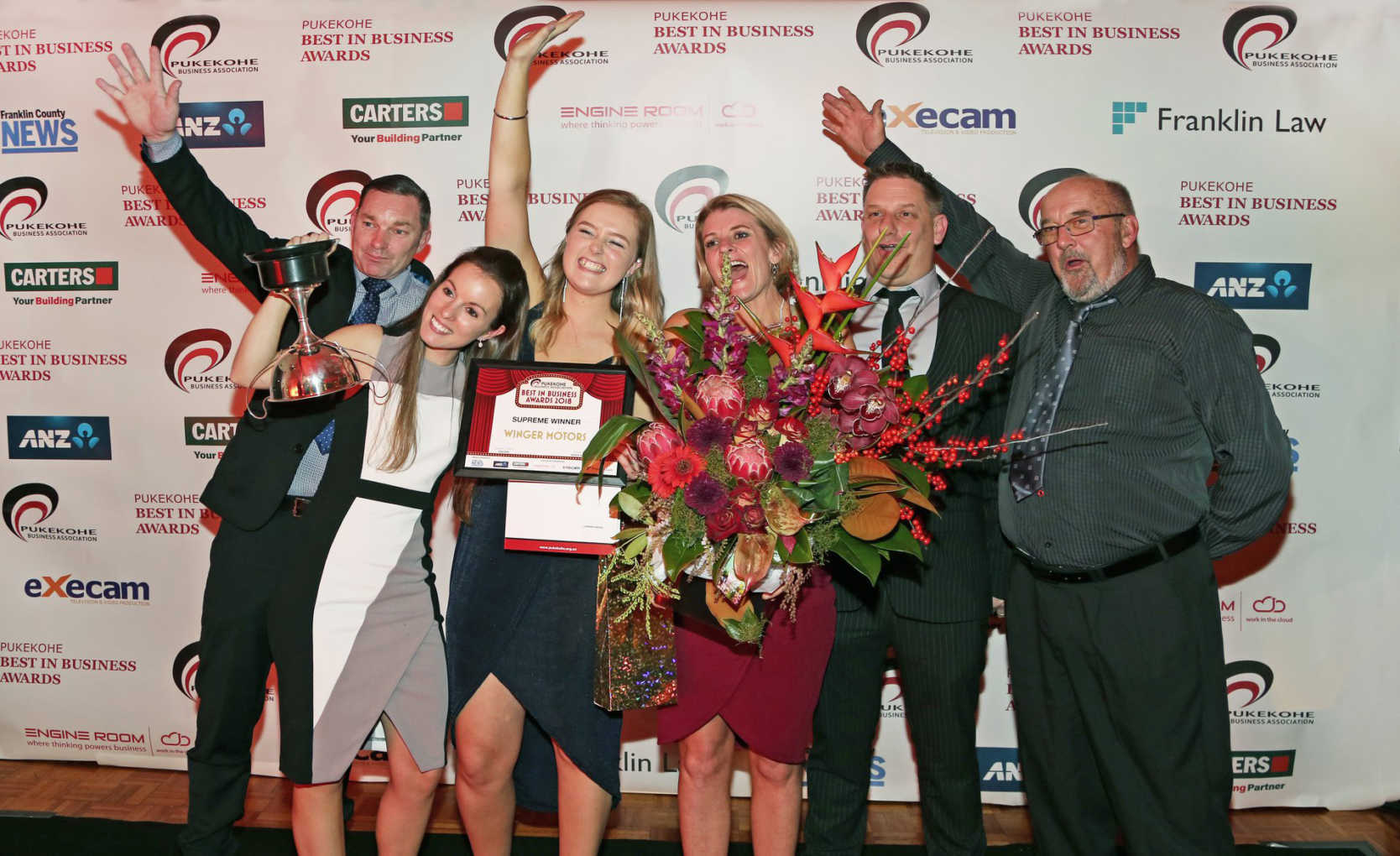 Winger Motors Pukekohe take a bow for being the best in business at the Pukekohe Business Association "Best in Business Awards 2018".

“We heard we had been  nominated, but we were nominated last year and we didn’t do as well.

“It was very unexpected. We didn’t expect to be praised in that way. There were a lot of businesses there so it was an honour to take out supreme winner.”

The awards dinner, held at the Pukekohe Indian Association Hall, was attended by finalists across the categories of Retail, Manufacturing/Trade, Hospitality, Health and Beauty, Professional Services, as well as People’s Choice, Outstanding Submission and Community Recognition.

Brought my new car off these guys had a issue with My radar sensors and they were very nice in helping me fix the issue even kept me up to date with what they were doing and even loaned me a very nice car while they were working on it will recommend winger hamilton to anyone in my opinion and experience I wouldn't buy from anywhere else :)