Paddon on podium in Poland with Hyundai 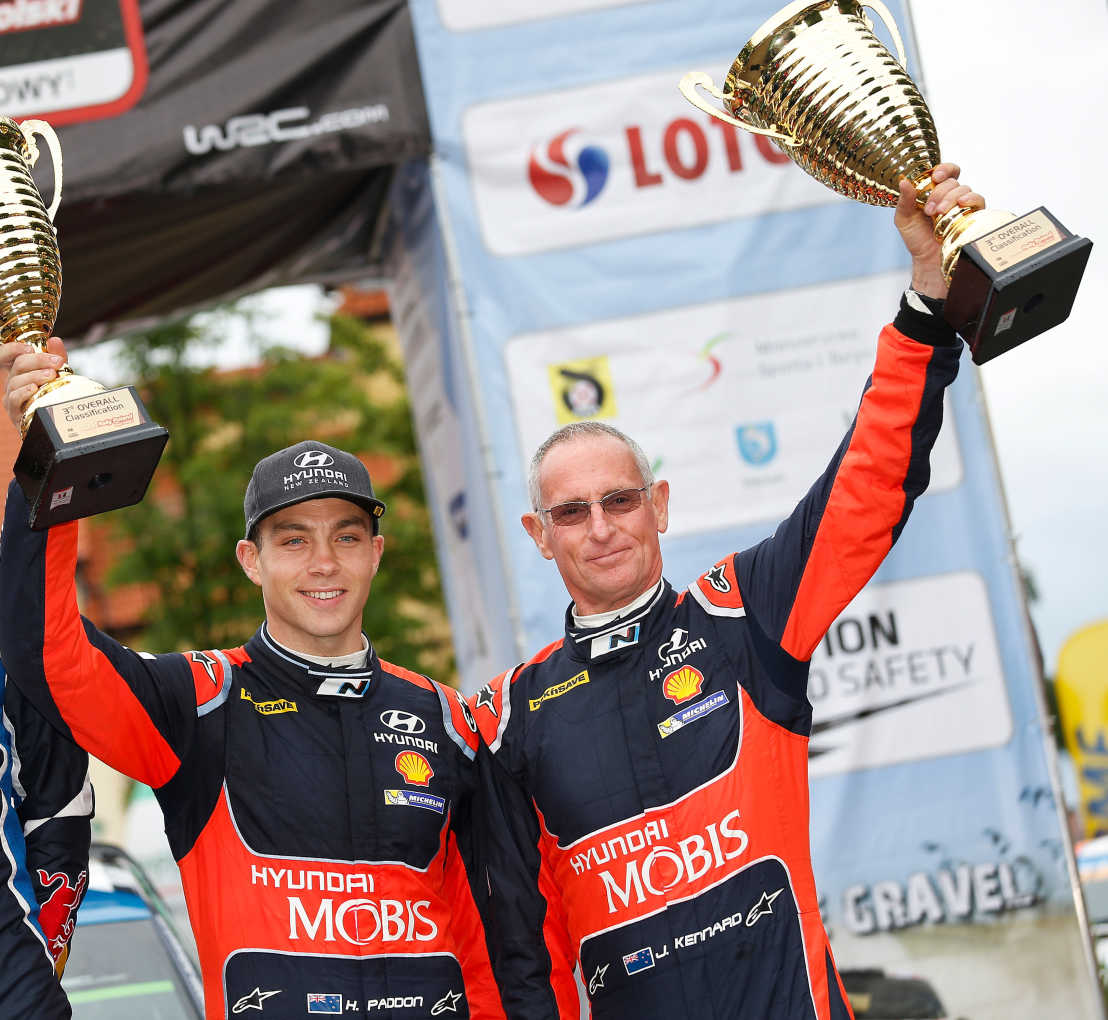 Third place in Poland represents the third podium finish in the 2016 FIA World Rally Championship for the New Zealanders who finished second in Sweden and won outright in Argentina. The result moves Paddon into third place in the WRC drivers’ championship and strengthens Hyundai Motorsport’s second place in the manufacturers’ standings.

“It obviously got pretty close there at the end,” Paddon added referring to Hyundai Motorsport team-mate Thierry Neuville finishing a mere 0.8 seconds behind in fourth. “Our objective today was to secure third position rather than push for second, so we wanted to be relaxed. I think we probably eased off too much. Third is a great result, irrespective of how close it was – just 0.8 seconds!”

The seventh WRC round of the year concluded on a wet and slippery morning of action on Sunday, in contrast to the warm, sunny summer conditions of the previous three days.
“They were very, very tricky conditions and it was very hard to judge your speed,” Paddon said, having set the fifth quickest time in all four Sunday stages. “The rain made the stages very slippery and overall today was tricky, having to try and control the position, but in the end, we got good points and got the result.”

“That’s our first third place and it takes a huge amount of weight off my shoulders after what’s happened recently. The result gives us really good confidence moving forward and I’m really happy to get things back on track.”

“Huge thanks to the team and congratulations to everyone on a job well done. It’s been a good three days of rallying. We’re really looking to Finland now, a rally that suits us more and a rally that we enjoy.”

Paddon’s third place gives Hyundai Motorsport its second-ever Rally Poland podium, following a top-three for Neuville back in 2014. The new generation i20 WRC showed its pace with four stage wins over the weekend. The car has now taken two victories, one second and two third places in seven rallies.

Andy Sinclair, General Manager of Hyundai New Zealand, congratulated Paddon and Kennard for another WRC success. “It’s been an up and down time for our star Kiwi rally drivers, from a history-making victory to the challenges of not finishing, so it’s fantastic to see Hayden and John put together another comprehensive performance to stand on the podium in Poland,” said Sinclair. “We’re joining the hundreds of thousands of Kiwi sports fans who back Hayden and John in saying well done on a great job! The final day of Rally Poland was intense and we’re delighted they could consolidate their fine drive by securing third place overall.”

Paddon and Kennard return to world-class rally competition later this month with the 28-31 July running of Rally Finland, one of Paddon’s favourite rallies due to its incredibly high speeds and similarity to the roads traditionally used for Rally New Zealand.