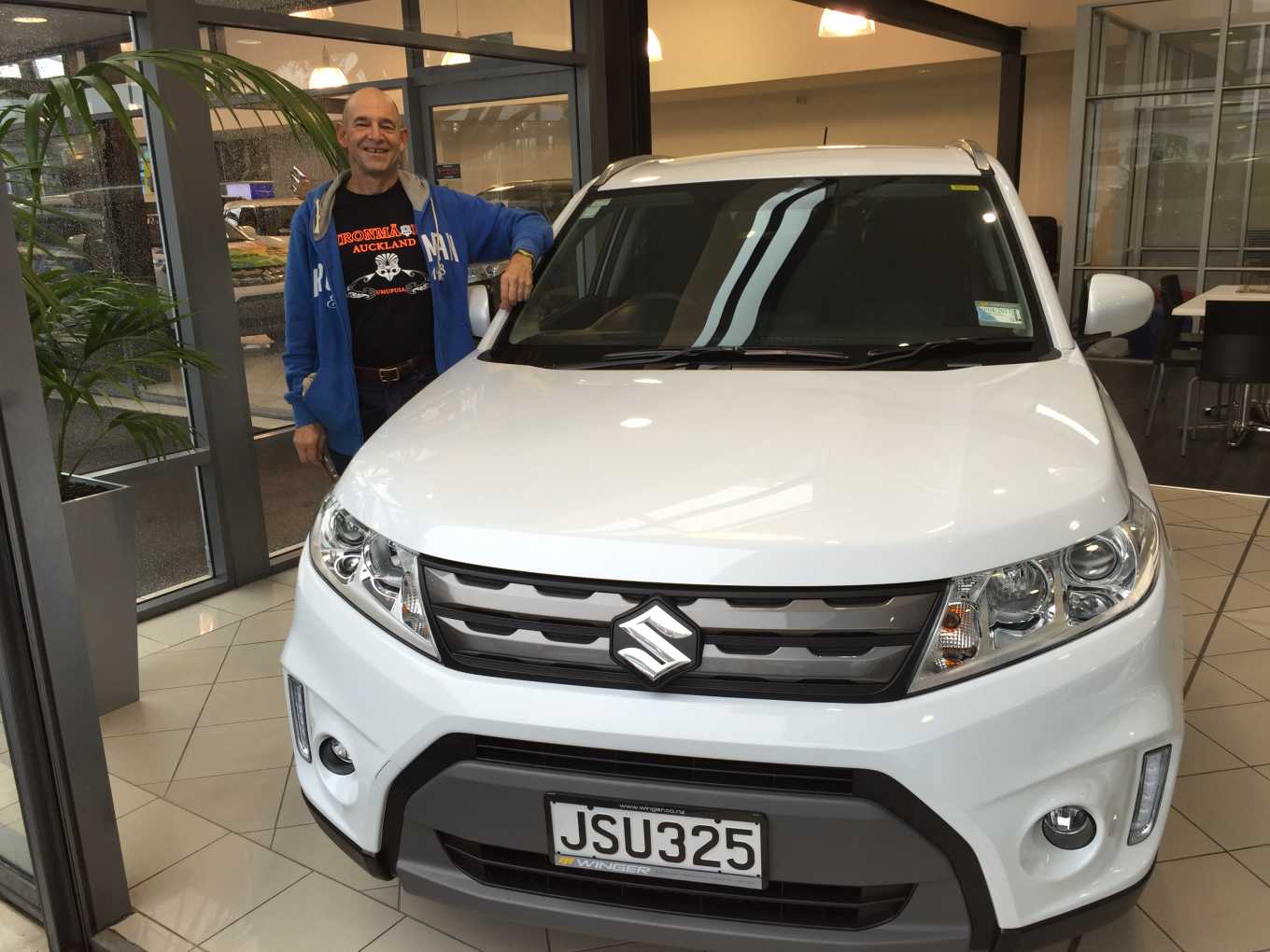 Michael Carden has just taken delivery of a new Suzuki Vitara, he gets to drive free for the next 12 months

The Panasonic Peoples Triathlon Series is Auckland’s longest running triathlon series and the 2015/2016 season have staged four events between November and April.  Two of these will were held in Maraetai Beach while the other two were held in Mission Bay.  As part of this series participants had the chance to race a variety of distances in both triathlon and duathlon.  All events had a wide range of abilities enabling participants to race as competitively or non-competitively as they like.