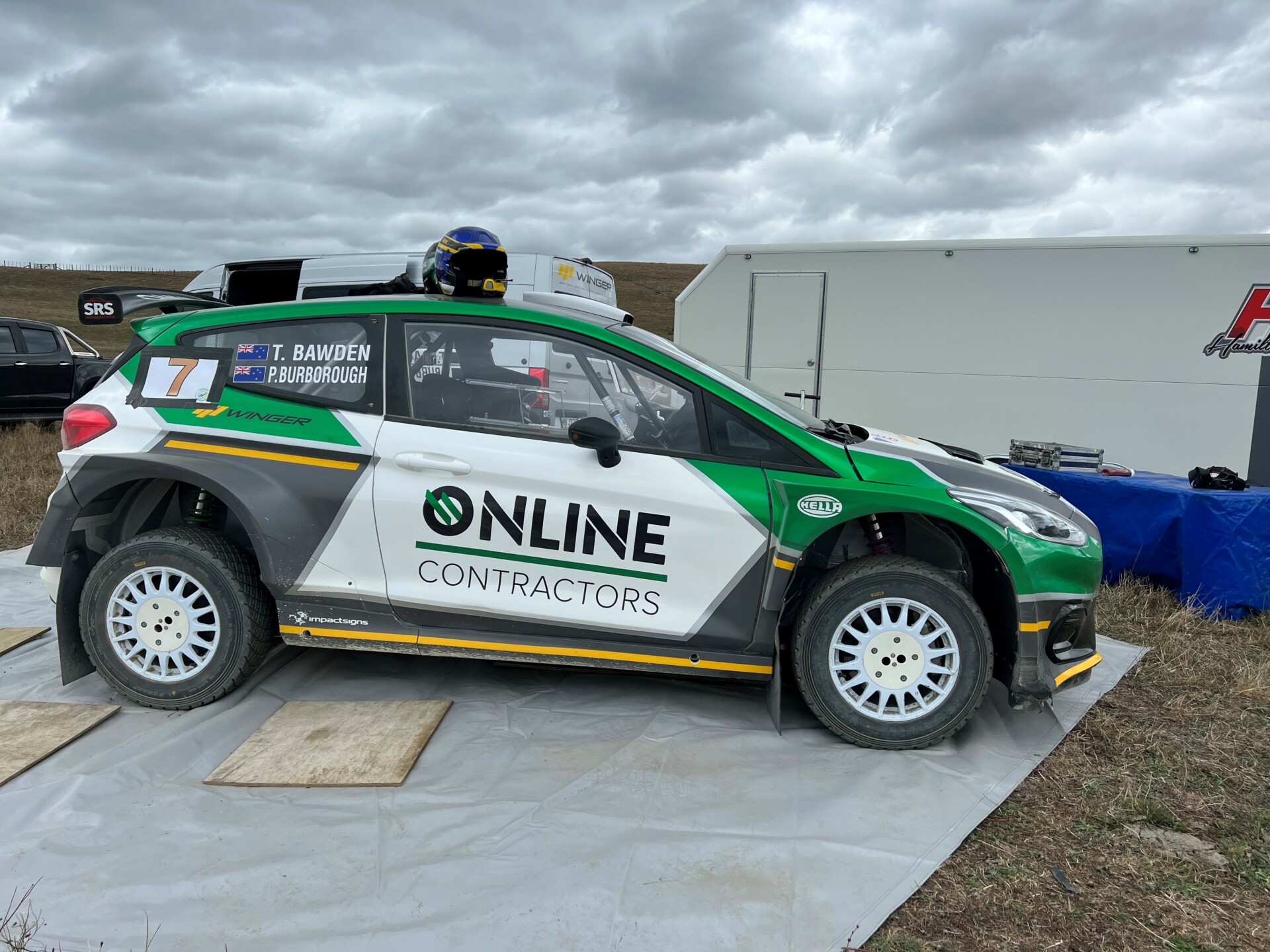 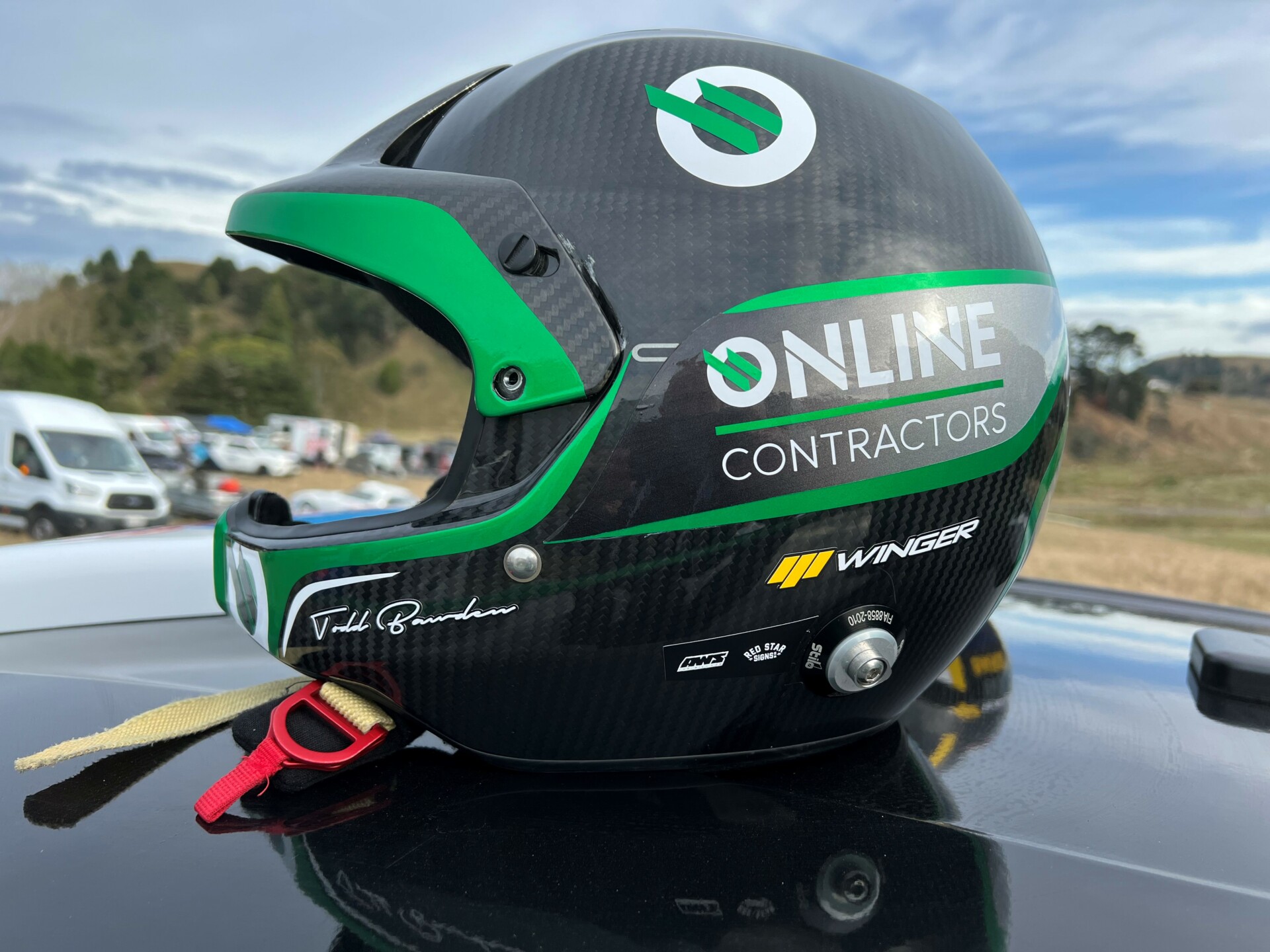 One of the most modern rally cars ever seen on New Zealand’s world-renowned rally roads is set to finally make it’s much awaited debut at the first round of the 2022 New Zealand Rally Championship (NZRC) – Rally Otago – on Saturday April 9th.

For long-time friends Todd Bawden (Driver) and Paul Burborough (Co-Driver) 7.25am on April 9th will be a Bucket List moment as they launch their M-Sport factory-built Ford Fiesta R5 Evo 2 off the start line of the opening – and aptly named – Switchback stage to get their first real taste of just what this state-of-the-art rally weapon is capable of.

Both the Hamilton businessmen are vastly experienced in rallying with Todd a six-time NZRC round winner back in the early 2000’s and Paul (Barge) Team Manager for the highly successful Subaru Rally Team New Zealand in the mid 2000’s.

After over a decade away from the gravel, they joined forces in Todd’s trusty Mitsubishi Lancer Evo 6 and after finishing 7th overall at the 2020 City of Auckland Rally, Todd realised that the ‘Rally Bug’ had bitten again.

“Barge and I did a couple of rallies in late 2020 and really enjoyed ourselves, but after the Auckland Rally I knew I wanted to have another serious crack at NZRC level,” said Todd, “but seeing the pace at the front nowadays, it was obvious that if we wanted to be in contention we needed to do it properly….”

“So, one thing led to another, contact was made with M-Sport and here we are with a brand-new factory-built car.”

“We originally expected to have the car in time for Rally Whangarei in May last year, but the world-wide freighting issues meant it only arrived in the country in July…”

“Fortunately, we still had the Evo 6, so we turned the 2021 season into a ‘Learn the Roads and Rounds Year’ and as a bonus sent YU8567 off into a much deserved retirement as, not only an NZRC Round Winning Car, but as a Championship Winning Car, by virtue of winning the Group NZ 4WD category.”

“So now we can take on the 2022 championship with good knowledge of the stages that are likely to be used, which should stand us in good stead for a decent shot at fighting at the sharp end this year.,” said Todd.

The ONLINE CONTRACTORS Team have managed to give the Fiesta a few brief test sessions in Maramarua Forest and at regional rally sprints and have been blown away by its performance and potential.

“The Grip and Corner Speed is Massive,” said Barge, “and the overall potential is unbelievable.”

The last COVID Lockdown scuppered plans to give the car it’s competitive rally debut at both the NZRC round at Coromandel and then Rally of the Bay, as, just like the rest of the rallying fraternity, everything was severely restricted as the country worked its way through to the Traffic Light System.

But the recent COVID governance changes mean the Otago Rally can now run almost as originally planned, with no limits on public attendance and freedom of movement for all involved as the crests and brows on the 16 high-speed special stages north and southwest of Dunedin are raced over at breakneck speed.

LIVE Results will be available on www.chrissport.co.nz throughout the weekend.

The ONLINE RACING Team would like to thank ONLINE CONTRACTORS, WINGER MOTORS, SALSA BAR AND GRILL PORT DOUGLAS and SRS HAMILTON for their ongoing support in making this project possible.