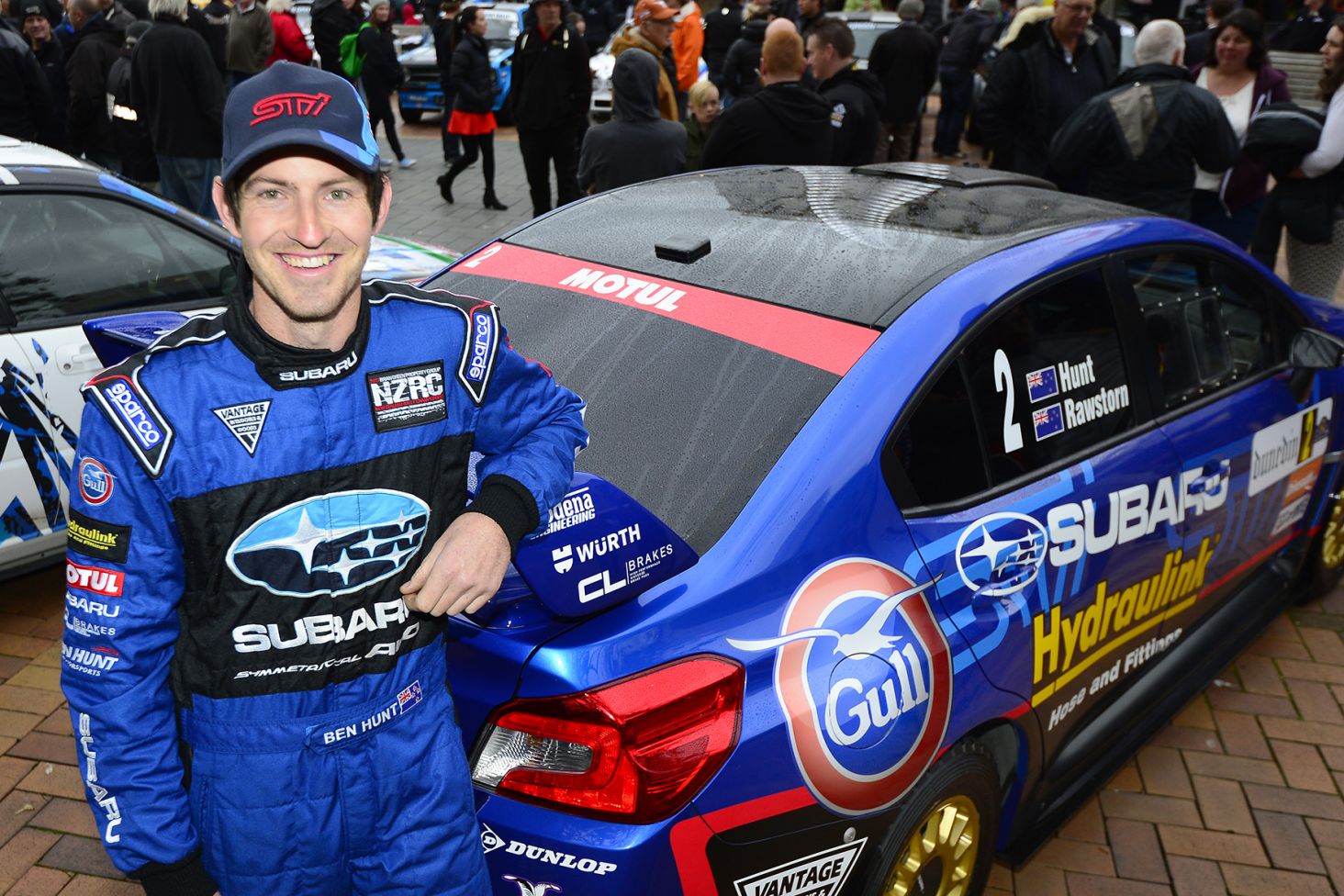 The Drivesouth International Otago Rally was a case of steady improvements for the Ben Hunt Motorsport team.

Ben Hunt, who is the 2015 national rally champion, gave full credit to his team for improving the Subaru’s performance at every service and enabling them to finish eighth overall in the NZRC and fourth NZRC team for the second day of the rally.

“It was a bit of a handful at the start but the team deserves a massive thanks for helping to make it go better and better,” he says.

Auckland-based Hunt and co-driver Tony Rawstorn struggled to find front-running pace on the opening day. Despite them working well together in the car and it feeling great “the times were just not coming,” Rawstorn said.

The second day’s seven stages saw the pair find some of the form that saw them place second in this event last year and they achieved three, top five stage times in the final three tests.

“The engine goes so well and now we are just fine-tuning the anti-lag, to adjust how aggressive it is on throttle initiation. It is a learning curve but we will keep sticking at it,” Hunt says.

Round 2: International Rally of Whangarei – 28-30 April

Round 4: Rally of Coromandel – 26 August